Killing the Innocents- Foeticide in India

Ever noticed the immense love of a mother for her new born?? And ever did it come in your wildest of  imagination that the same loving, caring mother could have killed an unborn child in her womb? Well, I am not telling you to imagine a hypothetical situation. It’s very real. So, did you ever wonder what made the same mother be two totally different person (murderer, and caring mother) in two different situations?? I hope not. But let’s ponder over it, because the situation is frighteningly bad and we have been following ostrich approach till now.

.
A famous saying in Sanskrit goes- ” यत्र नार्यस्तु पूजयन्ते, रमन्ते तत्र देवता” (where women is worshipped, there lives GOD). But unfortunately, here in our country, many people are so inhumane that forget worshipping women, they ruthlessly ensure that there is no female arrival in the family. And surprising fact is that womenfolk themselves play a key role in this!! What can be more ironic than the fact that female population is working to finish off their own gender!!
When I look around myself and ask myself as to what most I would like to change, I find a very clear answer- “female foeticide”. I want to see a complete stop to this evil practice carried around in society. Ending a speechless, defenseless life is the height of cruelty. I wonder how come this savage practice still prevalent in our society.
.
According to a report, estimates of the number of female fetuses being destroyed every year vary from two million to five millions. Even if we assume it to be just two millions, then every minute, 4 innocent lives are being terminated illegally. As per the provisional 2011 Census report, Child sex ratio (0-6 yrs) has declined from 927 females against 1000 males in 2001, to 914 females against 1000 males in 2011. In fact Haryana and Punjab at the bottom of ladder are having frighteningly low ratio with 830 and 846 females respectively (against 1000 males). And, can you believe it, a 2005 New York Times article estimates the number of missing girls to be 50 million. (missing means missing in numbers compared to male population).
.
So can you imagine how much social mayhem will be unleashed by such vast gender gap?? Increasing number of sexual assaults on females are already being witnessed. Apart from that, there are many more grave issues cropping up like trafficking of females for prostitution, buying of brides from higher sex ratio regions , wife sharing with multiple brothers etc. 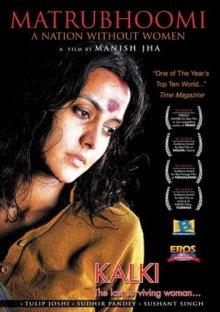 So you see where it is leading to?? A monstrous, savage society, where the few leftover females too will be ruthlessly mauled by human vultures. A 2003 movie-“Matrubhoomi: A Nation Without Women”, very correctly depicts  that kind of frightening situation in which the female protagonist is subjected to all kind inhumane tortures.
.
In 2008, the UN announced that the number of ‘missing’ women in India had climbed to 62 million. As the famous activist Rita Banerji, writes in her report– “What this means in terms of India’s social reality is that there are at least 62 million males without hope of ever finding female partners from within their own cultural setting. The possibility of social mayhem under such conditions is terrifying — and what it would involve could lead to widespread sexual crimes, perversion, and near anarchical law-and-order situations.”
So you see, the issue of female foeticide has reached an alarmingly dangerous level. We have to act to stop it and we have to act NOW.
Now, point is, how to stop this evil practice?
.
On legal front there are already so many laws to stop this evil practice. The PNDT Act was specifically enacted  to check female foeticide. It not only prohibits determination and disclosure of the sex of foetus, but also prohibits any advertisements related to pre- natal determination of sex.To counter the sex-selective abortions, there is MTP Act which lays down clear conditions under which abortions can be performed.
.
But do these laws work? NO, because there is severe failure in their implementation. Executive machinery is highly lethargic and judicial process moves at snail’s pace. But even strict legal implementation alone may not be sufficient. It will only reduce the practice, not eradicate it completely. For complete eradication, we will have to change the psyche of people involved in the heinous crime. In short, we have to find a full-proof, socio-legal remedy to this evil.
.
Talking of social aspect, we will have to look at the root cause. In this case, there are multiple causes. Here are some major ones-
So you can see, female foeticide is driven by age-old customs, patriarchal, medieval thinking. Our society is unfairly biased towards male child. There is vast inequality between male and female sections of society. According to the recent Human Development Report 2011, India ranks 129 out of 146 countries on the Gender Inequality Index, below even Bangladesh and Pakistan.
.
The solution lies in convincing people to reform their mentality, which undoubtedly, is a mammoth task. Nevertheless, this mammoth task has to be completed if we don’t wish to face an extremely alarming, “Matrubhoomi” like situation.
.

Out of the above few reasons cited, Dowry is the biggest driving factor for female foeticide. Having a girl child feels like a burden, a liability, all thanks to the ingrained Dowry culture in the society. Love marriage is still a taboo thing for most sections of society, and in arranged marriages, dowry has become a norm- you want your daughter married, then pay n lacs of rupees, or else keep searching in the dark. Arranged marriages have become a business deal, you pay the price (dowry) or the deal won’t go through. If dowry culture ends, then I am sure there will be more than 75% decline in the female foeticide cases. So eradication of Dowry culture should be our first target.
.
There are also so many dowry related laws but as I mentioned earlier, existing laws are not properly implemented. Moreover, laws alone can’t eradicate an evil which has been persisting for decades. We have to bring about a complete psychological change in our society, and for that we will have to rely more on ourselves than on our legal system. But how to change this ingrained Dowry mentality? I am putting forward a few suggestions regarding this- 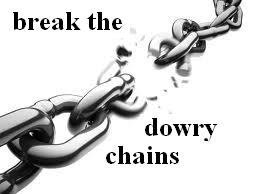 Well, these were just some suggestions which can be effective tools in the war against dowry. There can be many more such initiatives, but bottom line is that we should be motivated enough to fight this well-ingrained dowry mentality in society.
.
Apart from these, there is of course the need to totally overhaul our executive machinery. Police administration needs to take a proactive approach in tackling dowry, rather than the present lethargically-reactive approach. There should be region-wise police teams to make quick raids in suspected dowry cases (without even waiting for complaint from either side). Police should instill fear in the minds of dowry supporters. Dowry laws should be enforced with seriousness.
. 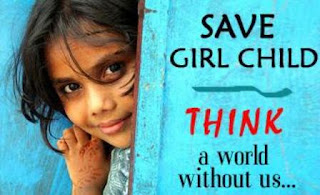 Eradication of dowry will automatically lead to eradication of female foeticide. Other causes of female foeticide are far less serious and will be taken care of by education. Already, urban masses seem not biased towards male child, and are also shedding their patriarchal mentality. Only the dowry factor still persists everywhere, so it needs to be focussed upon.
.
Govt. too needs to make effective regulations to counter female foeticide. It should be ensured that diagnostic tests are not misused for pre-natal gender determination. Doctors caught performing illegal abortions (and hence violating the MTP Act) should be dealt with seriously, their practicing license should be suspended  immediately. All the related existent laws  need to be seriously implemented. And for that, we too need to put pressure on Govt., so that female foeticide becomes one of the priority for Govt. The 50 million missing campaign  by Rita Banerji   is one such laudable campaign.
.
Still, very little is being done by us. People just don’t  take the female foeticide issue seriously. They think that there are just some isolated cases. They forget that most of the sex-selective abortions are done in a quite hush-hush condition, which, only few close friends and relatives come to know of. People take myopic view of their surroundings and become content thinking that there is just a few cases of female foeticide around them. This is our biggest challenge, and this is what I want to overcome first. We need to make people realize that female foeticide is really rampant in our society and it is an extremely serious issue. We must get prepared to tackle this challenge quickly, or else the day is not far when we will face “Matrubhoomi” like situation.
Let’s Arise, Awake, Act….. and ACT NOW…..
(If you liked this post then please share it with your friends, so that the ideas expressed here could spread fast. And do leave your feedback in the comment section below, add up your own views  if possible, because a healthy discussion is very necessary on such issues. Thanks)

An avid thinker, blogger, and tech-enthusiast, when not busy with his regular job, he likes to think what he can do for others.
View all posts by Shantinath Chaudhary →